Fall in love with the Pink Flamingo

Sighting of the pink flamingo

These are some of the routes that will take you to reserves or protected areas covered with vegetation, cenotes, salt flats, and lagoons that are a place of courtship and nesting of flamingos off the Caribbean coast and the Gulf of Mexico. Home to hundreds of species of birds and mammals, beautiful beaches with turquoise water, crystal clear lagoons, and a bundle of palm trees. 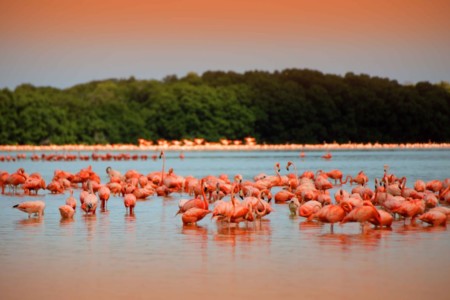 The port of Celestún is 95 kilometers west of Mérida. It houses the most exotic species in the geography of Yucatán, such as the astounding pink flamingo that reproduces naturally in the estuary after long trips along the eastern coast and can be admired with its peculiar low flights.

El Palmar, located 80 kilometers away from Mérida, is also a protected area where migratory water birds live, such as the Canadian duck which hibernates and breeds in the area. It is considered one of the most important ecological reserves in the state due to its abundant flora and varied fauna, ideal for ecotourism lovers.

Firstly, we recommend booking your tour in advance with a specialized agency in the area in Río Lagartos. These agencies know the best schedule for bird watching, including the beautiful pink flamingo. The more than 80 kilometer-long river, crosses through three of the region's municipalities: San Felipe, Río Lagartos, and part of Tizimín. It was declared a Biosphere Reserve in 1979, to preserve the ecosystem, along with more than 250 species that inhabit it.

The tour lasts about four hours, during which you will be amazed by the natural beauty of the Yucatán coast and its fauna. Undoubtedly, the main attraction of the tour is the pink flamingo which can be seen and photographed in its natural habitat. Along the tour, you can also see pelicans, white herons, cormorants, storks, and some crocodiles. 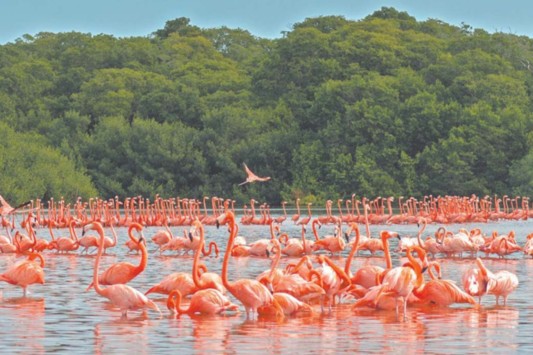 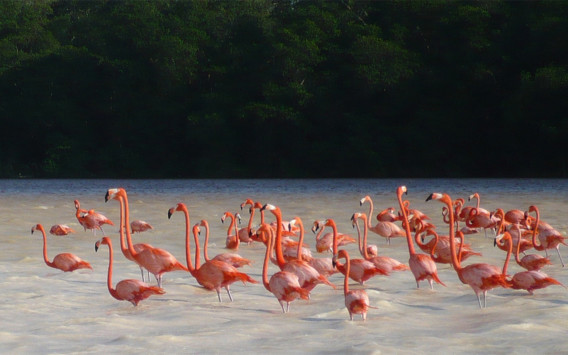 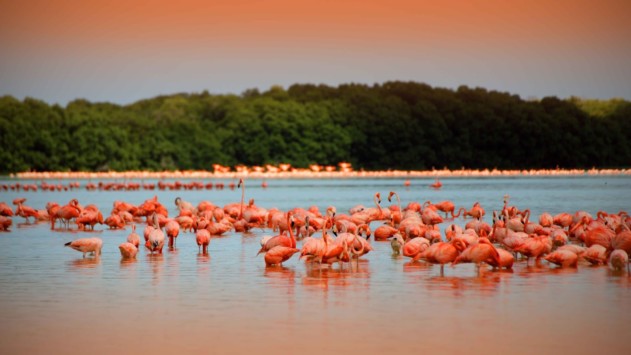 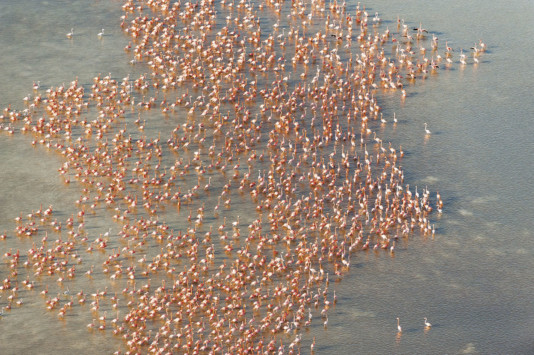